Saturday 15th March saw NSW’s biggest match of the century: Team Sydney vs Team Edinburgh. With 6 Edinburgh ‘old boys’ in town the gauntlet was laid and Team Sydney were challenged. 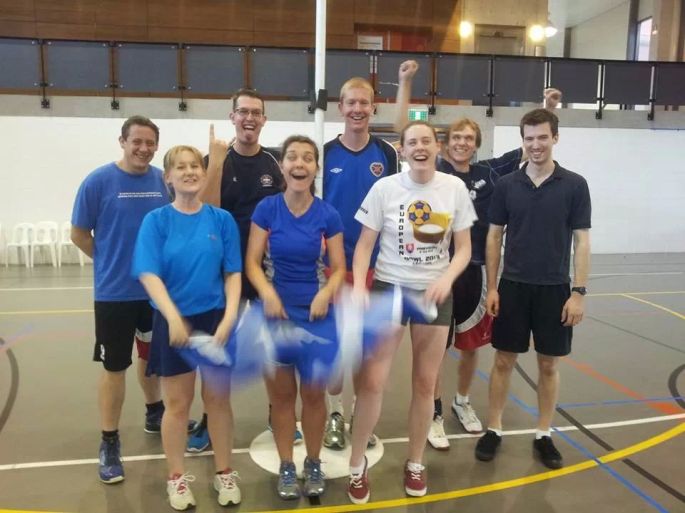 After a very inspiring team talk from Captain John, the Edinburgh team quickly dominated the scoreboard with Graham and Sam clearly re-kindling their old moves. Team Sydney put up a valiant fight with Team Zilm showing why they are a famous korfball family but as hard as they fought, they couldn’t close the gap and Team Edinburgh were the winners with a final score of 11 – 6. Special congratulations must go to Tamika who was chosen as Sydney’s MVP and Graham who was Edinburgh’s MVP in addition to being top scorer of the day.

Huge thanks go to John, Tasha and Sam who flew all the way across the world to play korfball with us! We look forward to the next game!

The Sydney City Redbacks Korfball Club (SCRKC) is an open club to anybody who fancies trying out the world's best mixed sex sport.

From absolute beginners to international superstars, all levels and ages are welcome.

With weekly training sessions, monthly matches and interstate tournaments come and give it a go! And if you find out you'd rather just join us at the pub, social members are encouraged!